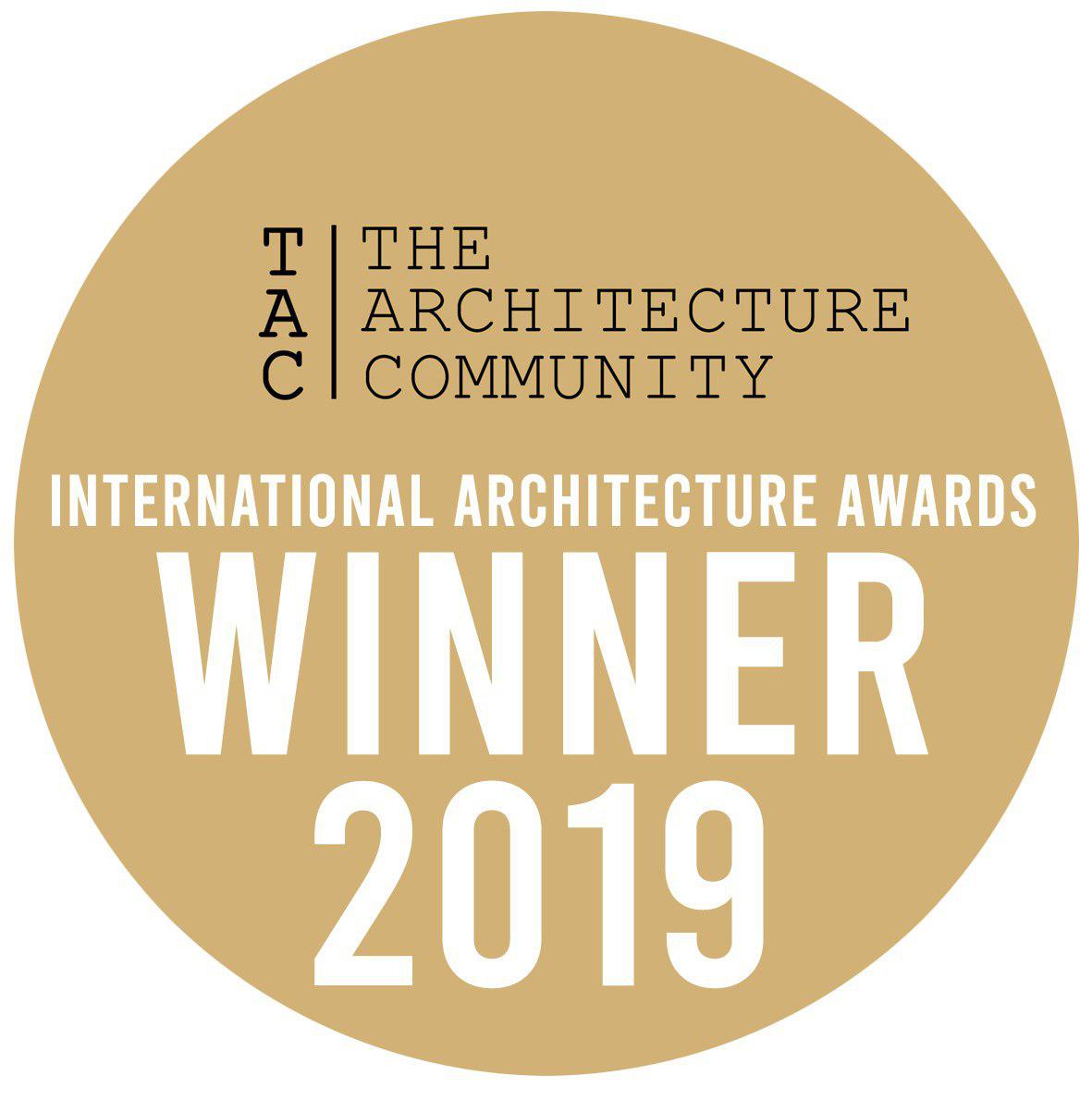 This exciting project is the revival of a beloved ice-cream parlor, Melting Moments. The brief called for a 50s “chock’lit shoppe” inspired interior, which was reinterpreted by way of tweaking design elements to create a graphic language that’s bold and contemporary. The result was a pop-up ice-cream parlor inspired by 50s retro nostalgia and utopian inclinations. The constrained area and busy, kitschy, surrounding context lend perspective and contrast to the space, and the entire building facade and frontage become a part of the finished space, with repetitive motifs binding the entire design.

Geometry plays an important role in the design, from the checkerboard flooring borrowed from the retro diners, to the triangular logo design that is clearly a rewind sign, beckoning visitors to “Rewind. Unwind. Relive the Melting Moments.” Not only is this a recall of their own happy memories, but also a call back to the old ice-cream parlor that was once a happening place in the city. The triangular motif develops into a series of backlit punctures in the front counter, to the feature wall where it manifests itself into a three-dimensional skewed grid in metal rods. The feature wall was designed in many iterations of folding surfaces, until a pyramidal design was arrived at.

Black and white is another motif that forms the base of the graphical language, with contrast in pastel pink, mustard and turquoise. The connect with the street is formed with a black and white tiling that is reminiscent of road curb lines. The site is on a sloped terrain and has a direct visual connection to the outdoors.

The spatial division was created in terms of inner and outer spaces. The existing space was 450 sq m, and the inner part becomes a service counter that’s disconnected from the seating area. The front was extended by 5’ outwards and augmented by a steel butterfly truss with glass panes, that reminds of the shape of an open book. An interesting experiment in structure was the design of a floating bar counter in polished wood that rests solely on the glass with no other structural support. The counter passes through the glass, becoming a standing counter on the outside for those who would like to enjoy their ice-cream outdoors under the glass canopy. The counter itself was put through several structural tests in order to ensure its integrity and long-term performance. Sitting at the bar counter gives a view of the street and the hustle and bustle of the eateries all around. Sunlight is filtered through the branches of the gigantic neem tree right above the canopy and leaves and colorful flowers are littered over the glass, bringing the outdoors in. Rain adds another dimension to this space: the soft pattering of the raindrops over the glass and the refraction of light through glass and water allows visitors to enjoy the rain along with their ice-cream.

The open space outside and the balcony on the first floor have been treated as part of the complete design. The existing structure was load-bearing, with the balcony extended later on. The 12” thick walls can be seen continuing till the top, clad with textured stone, that was retained and white-washed. The door and window were replaced with a perforated panel bearing the triangular punctures. The parking area was tiled with unfinished slate pavers and outlined with random smooth pebbles in pink, mustard and turquoise.

Since the parlor is open day and night, the changing of light plays a vital role in the indoor as well as outdoor spaces. During the day, the entire space is naturally lit and in the night, the exterior lighting creates a mood over the façade: the triangular cut-outs are lit from behind, and the light falling over the stone wall casts interesting shadows and highlights its texture. The diffused light also falls in through the skylight, brightening space.

Much of the parlor is viewed from the outside, and the slope was quite evident in the platform, which presented a distorted view of the space, that seemed to be visually off. This was countered by staggering and randomizing the sizes of the black and white alternating tiles, that create an illusion of a straight line, effectively hiding the slope.

The outer part of the space is stark in contrast with black and white dominating the floor and walls, whereas the inside becomes transformed into a brighter, more fun space with the three colors climbing over the walls in large, color-blocked, intersecting triangles. Another reason for these graphic walls is that these spaces would be heavily used for services and white walls would not be easy to maintain in the future. The floor also gets punctuated by random colored tiles in painted glass, bringing in pops of color into the monochrome pattern.

While the tables and countertops are of polished Malaysian teak wood, all the seating is in durable black wire-frame iron which can be used indoors or outdoors. The chairs and bar stools are ornamented with a sawtooth wave, a periodic non-sinusoidal waveform that consists of an infinite sequence of truncated ramp functions resembling triangular teeth of a saw. Against the 3D feature wall, the lines almost seem to intersect. 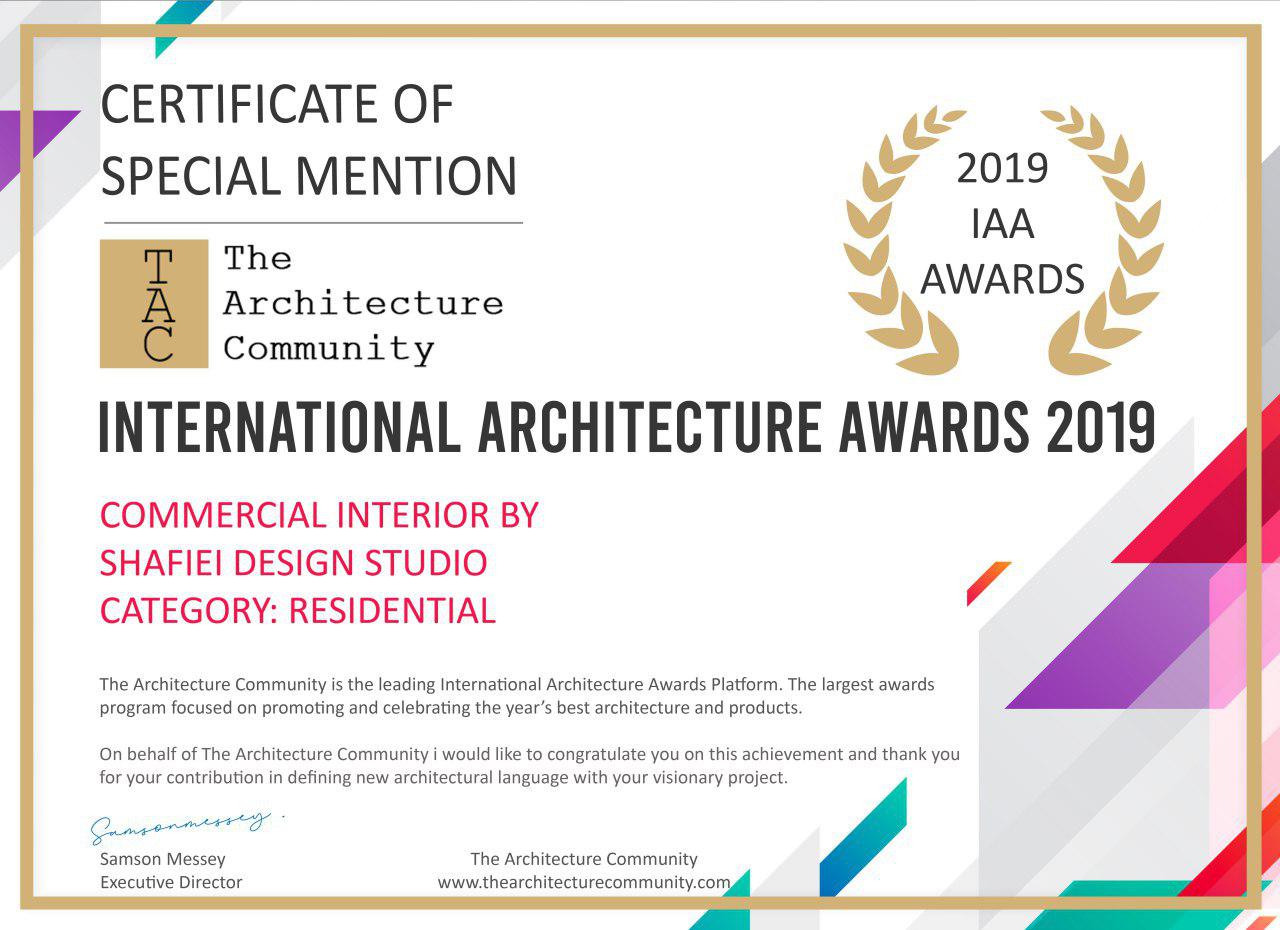 Your License to Company. The Service may provide you with an opportunity to share and upload, or submit to public forums, contests, sweepstakes, programs or other aspects of the Service, your photos, videos, text and other information (collectively any submission or derivative thereof is referred to as "User Content"). You hereby grant Company and its users a non-exclusive, irrevocable, perpetual and worldwide license to use, adapt, republish, copy, store, sell, distribute, communicate to the public, perform and distribute your User Content and screen name, including any intellectual property contained therein, in any medium now known or hereinafter developed, without payment or compensation to you and without seeking any further approval from you, as part of the Service or in support of the Service through advertising and marketing.